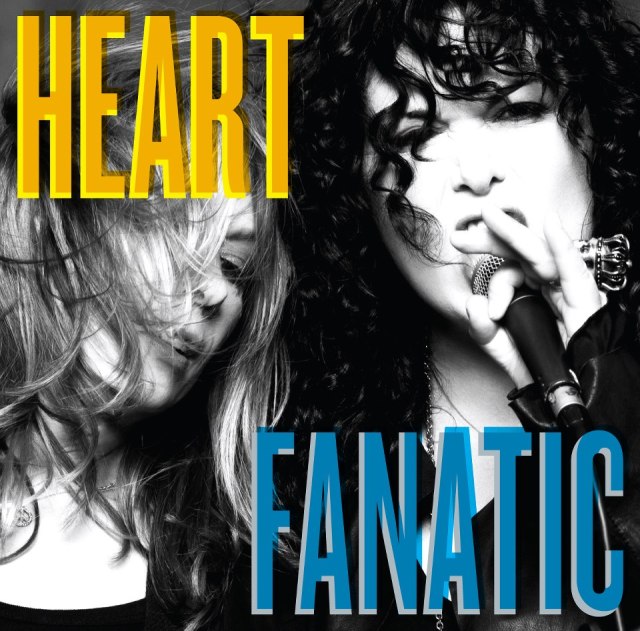 “MASHALLAH!” came the cry crashing through an ambiguously deserted landscape: the lone prominent vocal, the thrashing lead ‘axe’ which resonates with a deathly ‘boom’ of bass and drums – integrated with a flourish of orchestral textures – all now serving to overwhelm the tapestry with its vibrant colors. But, this one ‘cry’ ruled all around it and upon wherever it carried and flowed: the echo of the song’s dominant ‘proclamation’.

It’s a welcome honor to have the greatest female voice in rock music bellow a bewildering ‘statement’ through your headset. Infact, you long for her to do it again like some customary musical fetish of the eardrums. Yes, it’s that much of a pleasurable experience to allow Ann Wilson to do this; if you admire her work then you don’t really have any choice. “Mashallah!” is one of the tracks on Heart’s previous studio album, ‘Fanatic’ which was released in the fall of 2012. The song itself reserves a one-word repetitive chorus for its title alone, but its ‘bleeding color’ – painted through the amazing vocal – is overwhelming to say the least. It’s the type of ‘benediction’ one would expect to annunciate whilst meditating at the foot of a gargantuan monolith at Stonehenge…or it’s a determined ‘yawp’ echoing Sly Stallone’s “Drago!” atop a ‘Russian’ mountain in “Rocky IV”…or it’s the call of a modern-day ‘Jane’ returning home to her Tarzan who’s wearing his apron over his loincloth whilst preparing tea…or maybe it’s simply the echoes of the imagination that ring forth whilst embarking upon the ‘prehistoric’ journey in Conan Doyle’s ‘The Lost World’ – you be the judge!

I was first made familiar with the song through footage of Heart’s touring live performance previews leading up to the album’s release. It became somewhat of an enigma and was a powerful taste of the type of hard rock, and folk rock, the Wilson sisters were now intent on crafting and delivering for this hugely anticipated follow-up to 2010’s “Red Velvet Car”. ‘Fanatic’ is a number of ‘rock’ shapes of differing sizes all mixed and matched with glorious colors of volume. “Mashallah!” is the halfway point in the deluxe version of the US ‘Best Buys’ edition of the album. In the UK and Europe it’s numbered a little later than halfway (only 10 tracks on this release). In Japan it more or less maintains its halfway juncture – taking into consideration you’ve got an extra two live cuts on that version. However, it is the song that adds a laudable ‘bridge’ between the opening of the album’s title track and the dark and mystifying finale of “Corduroy Road”.

Needless to say, the album itself was a very satisfying first listen once purchased. Consequently, I’ve become a big fan of ‘Fanatic’ and its whole rock tapestry of color continues to saturate every listening experience. For me personally, it’s the introduction of Heart as an updated hard-rocking outfit for these early 21st century years. Furthermore, we are offered another insight into the uplifting soul of the band via Nancy Wilson’s acoustically-led “Walkin’ Good” (featuring Sarah McLachlan) and more of her own versatile musicianship interwoven with the natural harmony which ignites the chemistry with her sister’s powerhouse vocals. Initially, there are three tracks (including the aforementioned song) that depict the colorful soul of reflection – the other two are the autobiographical “Pennsylvania” and  “Rock Deep (Vancouver)”. Whilst there are considerable colored textures on Ann’s rock-driven vocal palette, Nancy always seems to inject her angelic flourishes that flame the reflective ‘poetry’ she fronts within the Heart song tapestry.

Since it’s release, ‘Fanatic’ has become my most played Heart CD. This listening familiarity also encouraged me to research the extra songs on the US edition of the album which has now led me to re-evaluating the essence of the work. It’s a re-evaluation that is further complimentary but with a different perspective, and one which has come to the conclusion that the additional songs further depict the development of the songcraft of ‘Fanatic’ in three varying stages. It’s from these 3 tracks alone that I feel the album must have generated most of its baseline force – each one integrating a point in the curve as a whole concept. These 3 songs not only offer the colorful plateaus of the electric riffs and driving rhythms that have always thrashed from within the band’s core, but also the wistful, caressing themes with the folk-tinged aroma of other ‘worlds’. Upon further listening to these 3 ‘discoveries’ one can only envisage the sheer joy of a US Heart fan unwrapping the temporarily sealed access to the awaiting musical ‘circumference’: the glittering gateway to its 13 tracks!

The musical landscape of ‘Fanatic’ was derived from creativity channelled on touring buses and in hotel rooms as well as the technical ambience provided by the recording studio. It’s a journey of introspective values which we’ll now examine closer as we open up the colorful bag of goodies and delve deeper, commencing with those 3 US edition tracks…

‘Beautiful Broken’:
A frenetic mix of drums, bass and guitar-thrashing eloquence streamlined with an accoutrement of distorted effects which blend assertively into the mix of the album. The song harks back to the earlier “Little Queen” and “Bebe Le Strange” days of the late ’70’s/early ’80’s. The infusions of ‘punk’ and ‘grunge’ combine to make the narrative of this ‘discovery’ a keeper – play it loud:

‘Two Silver Rings’:
A ‘psychedelic’ trip which evokes images directly from a late-60’s landscape somewhere between the Summer of Love and  Woodstock. It’s an intriguing performance in both its haunting instrumentation and mystical lyrics – Ann’s spoken delivery conveys a sense of eerie occurrences. With references to “hemp”, “carob” and “Colors woven by the sun” – you’ll enjoy the trip:

‘Zingara’:
The alternate “Corduroy Road”, or perhaps the making of it, in which Nancy takes the lead vocal and acoustic on this performance. The song is not as dark in its undertones as its aforementioned counterpart and takes on a ‘gypsy-style’ life of its own. Ben Mink interweaves his strings throughout the process which adds to the enjoyment:

At this point we’d like to offer you the opportunity to read ‘RockRevolt’ Magazine’s review of ‘Fanatic’ at the following link:

You can check out Ultimate Classic Rock interview with Ann about Heart’s ‘Fanatic’ live show at the following link: 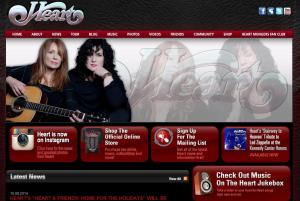